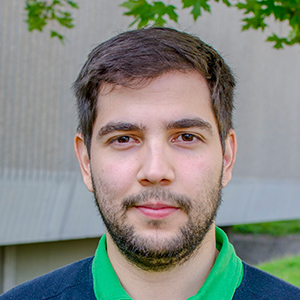 Carlos Zapata is a Colombian-Canadian student at University of Ottawa, currently enrolled in the Master of Arts in Political Science. Previously, he finished his Bachelor of Arts in Political Science with Minors in Human Rights and in Hispanic Cultures at Concordia University, graduating with distinction. Since 2010, Carlos has been working with vulnerable communities in Colombia where he has collaborated with local and international NGOs. Nowadays, Carlos is doing research about the emergence and dynamics of organized armed groups in Colombia’s Pacific coast after the signing of the Peace Accords in 2016. He is mainly interested in the understanding of Colombia’s armed conflict, the emergence of paramilitary groups and leftist guerrillas in Latin-America, the historical reconstruction of human rights violations within the context of conflicts, and democracy building in Colombia’s post-conflict era. Carlos is currently a member of the Lab for Latin American and Caribbean Studies at Concordia University.