On October 6, 2021, ERIGAL had the pleasure to meet its students in person (and online, thanks to the "hybrid" mode) at the seminar "Social Movements in Subnational Authoritarian Enclaves" by Trix Van Mierlo (University of Innsbruck), at UQAM.

She presented her doctoral research based on a comparison of the role of social movements in the democratization of two "authoritarian enclaves" at the subnational level.

Trix began by outlining the variation of democracy at the sub-national level and the concept of "authoritarian enclave" that follows. She then returned to her research question, based on a bottom-up view of democratization processes and explored the influence of social movements in this dynamic. She then took the time to present her empirical results, based on the comparison of the two cases she selected. First, for the case of Isabela (Philippines), she used a process tracing method and developed the concept of "attrition mechanism". She explains the upward path to democratization facilitated by the social movement making secret demands. In the case of Oaxaca, Mexico, for which she used a sequence development method, she argued that the openly dissident social movement of 2006 was an antecedent contextualizing cause for party-led sub-national democratization.

The discussion that followed the presentation was long and fruitful, and Trix Van Mierlo emphasized that this conversation would be of great help in her continued work.

ERIGAL would like to thank all the participants who attended the conference online or in person. We look forward to seeing you again! 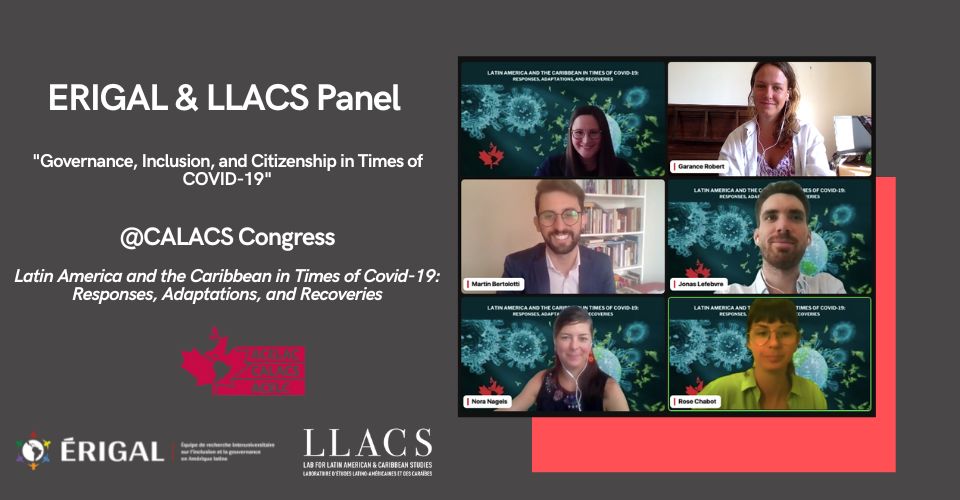